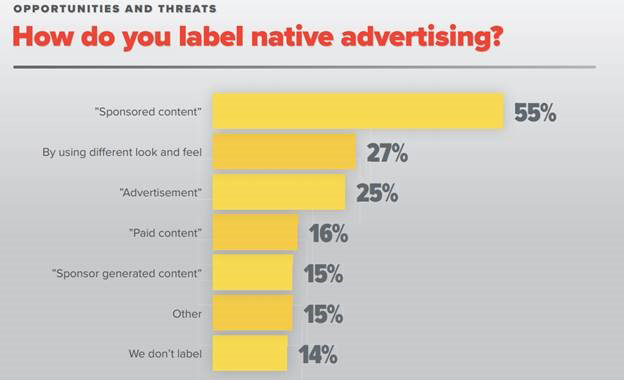 It’s a question we field regularly at the MPA, which is hardly surprising given the growing importance of sponsored content (or native advertising, as it is often called) to our members’ revenue stream– and the gnarly issues of reader trust that it raises.

But there is little agreement around the answer, as international studies and the MPA's own conversations with local publishers show. A 2018 report on native advertising – based on a survey of 150 media executives from 41 countries by  global media network FIPP and Native Advertising Institute -  - found native made up 31 per cent overall ad revenue for 2017 (up 10 per cent in a year).  They were expecting it to climb to 46 per cent by 2021.

Unsurprisingly 80 per cent of executives felt positive about native advertising … but there was widespread unease about the labelling and transparency, with 34 per cent of respondents saying poor labelling was the second biggest threat to native adverting.

Scarily 14 per cent do not label native advertising at all, up from 10 per cent the previous year. “This needs to change,” say the authors of the report.

Others labelled it as below (see graph). 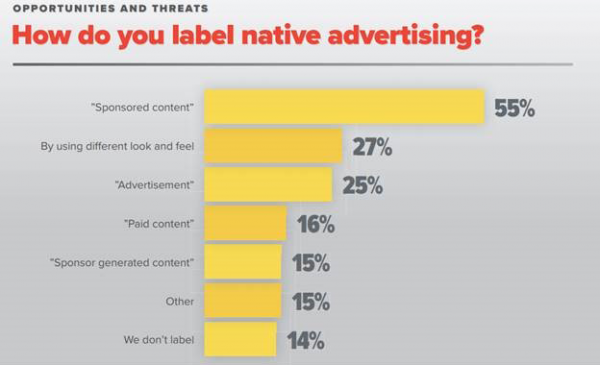 A unscientific survey of four or five MPA member publishers of various sizes in New Zealand late last year found broad agreement that the most important thing was to be clear  with the reader about what was paid content. Most labelled sponsored content, and used different typefaces, or ran company logos, on native content.   “Personally, I find non-identified sponsored content duplicitous to the reader,” said one.